Disappearance of mother and daughter being treated as murder, say police

California gives OK for Disneyland and other theme parks to reopen April 1st, with restrictions

Journalists’ group calls for release of reporters in Myanmar

Here’s How the Senate Pared Back Biden’s Stimulus Plan

Coronavirus | Year after first case, there is still cause for concern

India could be next happening market for SPAC-driven investor frenzy

Could I win over the MasterChef judges with a hearty soup? 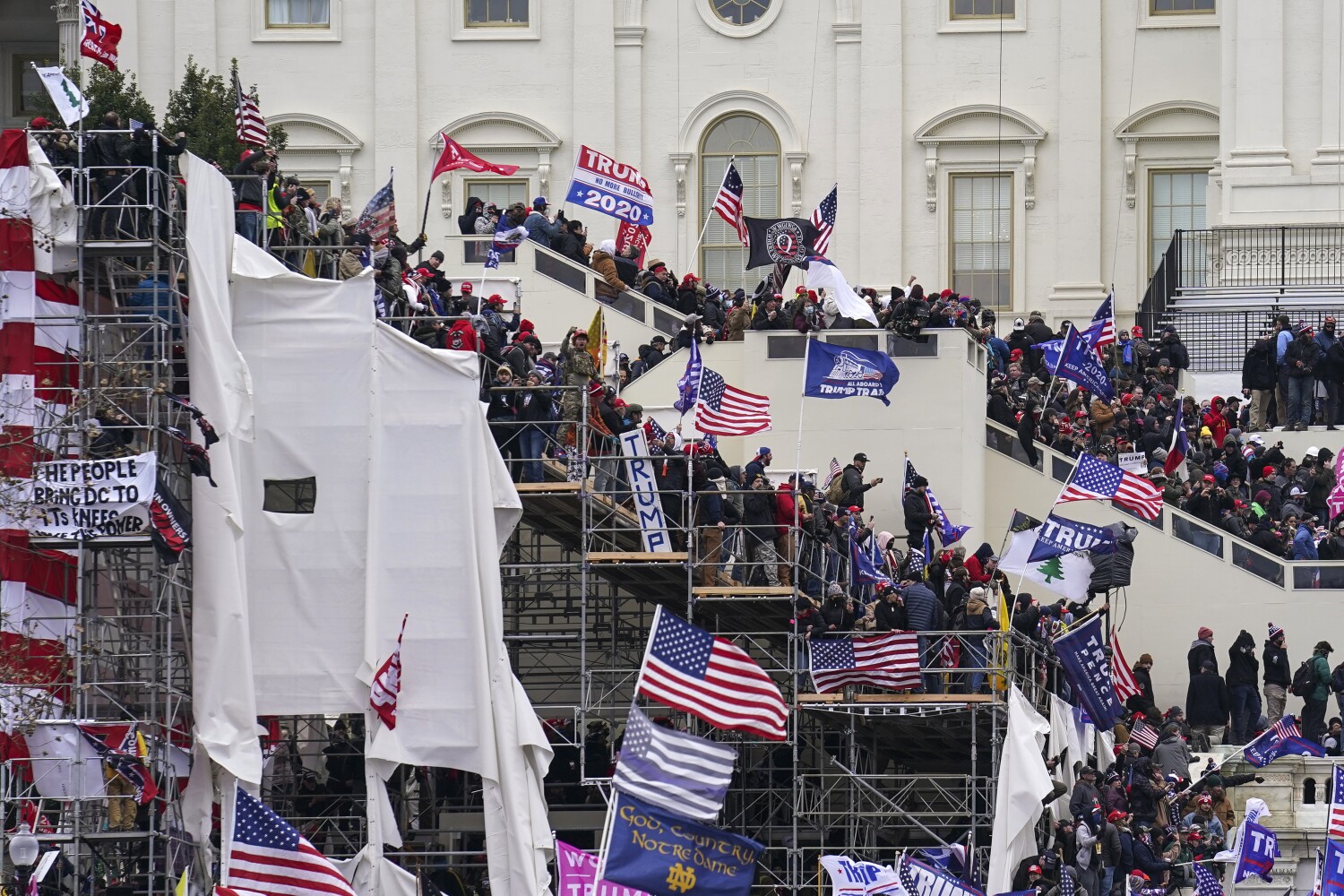 Lawyers for former President Trump criticized the impeachment case against him as “political theater” in their final brief before the beginning of the Senate trial Tuesday.

In the 78-page brief filed Monday, Trump’s lawyers David Schoen and Bruce Castor argued the case was unconstitutional because Trump was no longer in office and therefore it must be dismissed.

“The article of impeachment presented by the House is unconstitutional for a variety of reasons, any of which alone would be grounds for immediate dismissal,” the attorneys wrote in the brief. “Taken together, they demonstrate conclusively that indulging House Democrats hunger for this political theater is a danger to our republic democracy and the rights that we hold dear.”

Because Trump is no longer in office, they argue, he cannot be removed through conviction — the primary penalty provided in the Constitution. They also assert that the allegations raised by the House fail to meet the standard of a crime and that the president’s speech was protected by the 1st Amendment.

The House voted to impeach Trump on a single article of inciting insurrection one week after a mob overran the U.S. Capitol for several hours, resulting in five deaths, including that of a police officer, and delaying Congress from a ceremonial counting of the electoral college results.

For months Trump had falsely claimed the 2020 election was stolen from him, even as dozens of lawsuits across the country were dismissed for lack of evidence or proof. Trump gave a speech to a crowd near the White House shortly before the riot, urging them to march to the Capitol.

House impeachment managers rejected Trump’s lawyers’ calls to dismiss the case in a brief Monday, stating Trump “willfully incited violent insurrection” to disrupt the peaceful transfer of power, an act which they call “the most grievous constitutional crime ever committed by a president.”

The contours of the trial are still unclear, including how long it will last and whether witnesses will be called.

The trial is expected to kick off Tuesday with debate and a vote about whether the process itself is constitutional. Democrats are likely to win that vote based on their narrow majority. After that, there will be several days of arguments, beginning with House managers.

The trial will adjourn for the weekend at the request of one of Trump’s lawyers and likely spill into the next week. After both sides present their case, senators could vote on whether to call witnesses.

Then could be closing arguments and debate among the senators before a final vote of whether to convict or acquit.

House managers and many constitutional and legal scholars defend the legitimacy of the trial, noting that the Constitution is silent on whether the Senate has authority to levy penalties against former officials.

But Trump’s lawyers use the same reasoning, stating that the Senate cannot hold the trial because the Constitution does not explicitly allow it to convict former officeholders.

“The framers could have explicitly included a provision allowing for the impeachment of a former president, but they did not,” they state.

House prosecutors have emphasized the historical use of impeachment in Britain and the American colonies to argue the founding fathers meant impeachment trials to include officials who had left office.

“Presidents swear a sacred oath that binds them from their first day in office through their very last. There is no ‘January Exception’ to the Constitution that allows presidents to abuse power in their final days without accountability,” the managers wrote.

Last month, all but five Republican senators indicated that they considered the trial unconstitutional because Trump was no longer in office, a move that demonstrates how difficult it will be for House managers to persuade 17 Republicans to join them in impeaching Trump. A two-thirds vote is required for conviction.

Sen. Bill Cassidy (R-La.) cautioned on “Meet the Press” on Sunday that senators were put on the spot and the vote was called with little chance to research the prevailing opinions of constitutional experts.

“It was a vote in a moment of time. And so, based upon what senators knew at that point and felt at that point, they then voted,” he said.

Several other Republican senators have voiced similar opinions about that vote, called by Sen. Rand Paul (R-Ky.), saying it occurred moments after they heard a one-sided presentation.

Much of Trump’s lawyers’ brief focuses on technical or procedural aspects of impeachment. They say the House moved so rapidly, and without hearings or depositions, that Trump wasn’t given due process to defend himself before the charges were brought to the Senate. They accuse Democrats of attempting to “silence a political opponent and a minority party” through a “brazen political act.”

Trump declined an invitation to testify under oath, before or during the trial.

In their response, House managers also rejected Trump lawyers’ argument that Trump was voicing an opinion protected by the 1st Amendment when he repeatedly claimed the election was being stolen.

“The House did not impeach President Trump because he expressed an unpopular political opinion. It impeached him because he willfully incited violent insurrection against the government. We live in a nation governed by the rule of law, not mob violence incited by presidents who cannot accept their own electoral defeat,” the managers wrote.

Here’s How the Senate Pared Back Biden’s Stimulus Plan

WASHINGTON — The $1.9 trillion economic stimulus plan approved by the Senate on Saturday follows the outlines of the...

Our stock market is completely broken. Now what?

In school, I was always taught that stocks are supposed to represent ownership. If I own stock in a...

Newly empowered in the Senate, Democrats instead chose to bypass Republican opposition and the risk of a filibuster —...

The filibuster fight is coming soon, and the fight for a living wage could be key to its elimination

These outright displays of disdain for the plight of hard-working Americans struggling through the pandemic was frankly sickening. Any Democratic...