Covid-19: US advises its citizens to avoid travelling to India

With All Eyes On Minneapolis, NYPD Says It Is Prepared For Reaction To Derek Chauvin Verdict 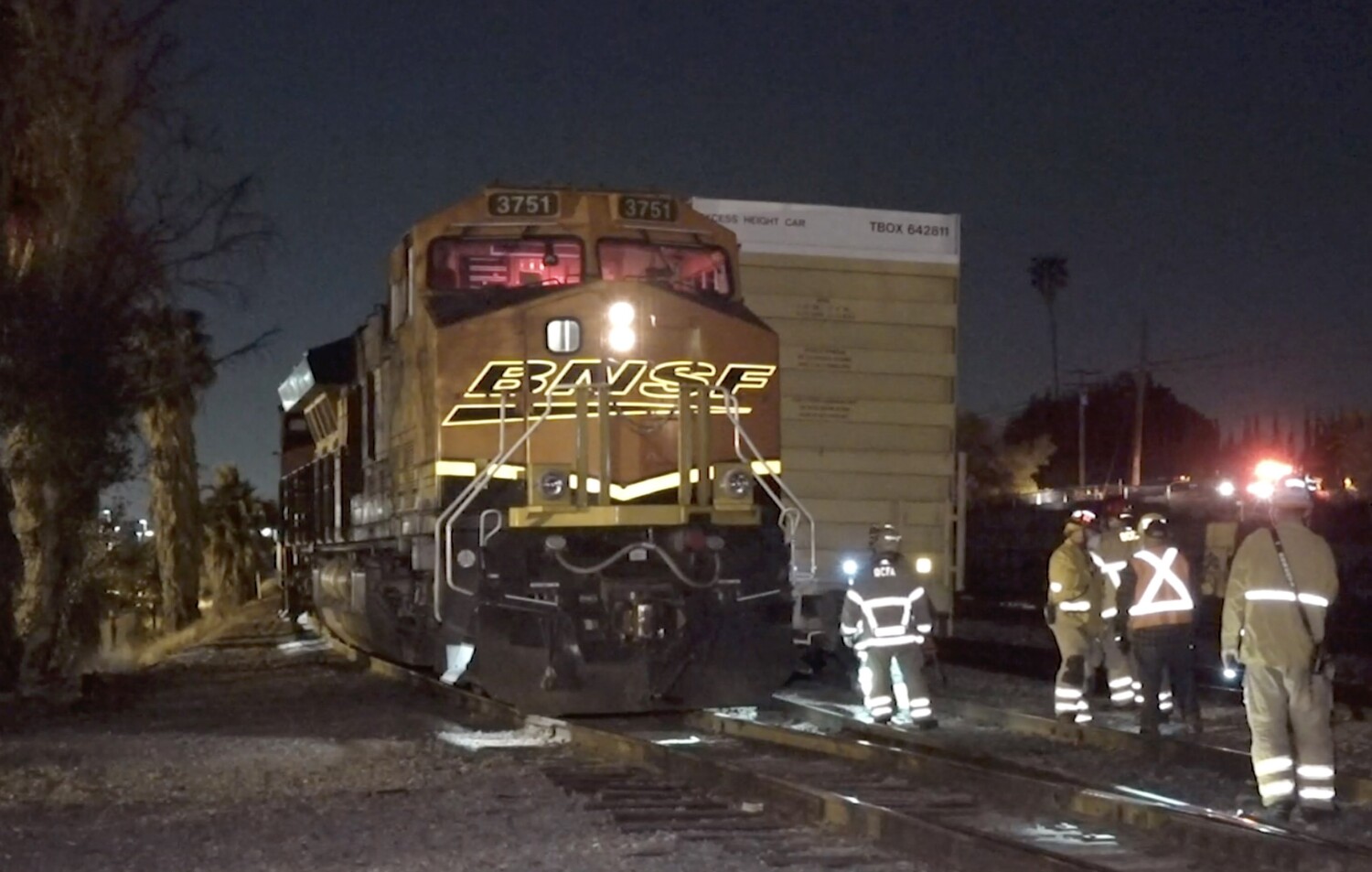 A railroad worker died at the Burlington Northern Santa Fe Railway transit hub in La Mirada early Wednesday after two trains collided and pinned the worker between them, authorities said.

Rescue workers were called to the train tracks near Beach Boulevard and Stage Road shortly before 12:30 a.m., according to the Orange County Fire Authority. They found a person had been crushed between two trains and was declared dead at the scene, fire officials said. The person’s identity was not released.

BNSF described the victim as an employee who had been working in the railyard and said the company would cooperate with a National Transportation Safety Board investigation.

“The entire BNSF family is terribly saddened by this event, and we extend our deepest sympathy and thoughts to the family and loved ones of the employee involved in this incident,” the rail company said in a statement.

In an unrelated incident several hours later, a BNSF freight train derailed in the Mojave Desert near Ludlow, authorities said. No injuries were reported.

The train carrying mixed freight was traveling from Kansas City, Kansas, to Barstow when 44 cars derailed around 12:20 p.m., a BNSF spokeswoman said. One tank car leaked several thousand gallons of denatured alcohol, a substance similar to ethanol, before firefighters and BNSF hazmat specialists were able to enter the car and stop it, the San Bernardino County Fire Department said.

A roughly two-mile stretch of the nearby National Trails Highway was shut down as the derailment was cleaned up. Its cause remains under investigation.

With All Eyes On Minneapolis, NYPD Says It Is Prepared For Reaction To Derek Chauvin Verdict

NEW YORK (CBSNewYork) — Anticipation is mounting as New York City and the surrounding areas brace for a verdict...

SAN PEDRO (CBSLA) — A San Pedro man pleaded not guilty Monday to murder charges in the case of...

MINNEAPOLIS (WCCO/AP) — The family of Walter Mondale says the Minnesota native and former vice president has died at...