No Holding Back Exams Due to Covid-19, Academic Activity to be Conducted Per Schedule: K’taka Deputy CM

‘He’d cut out a square in his jeans’: The women who have suffered indecent exposure 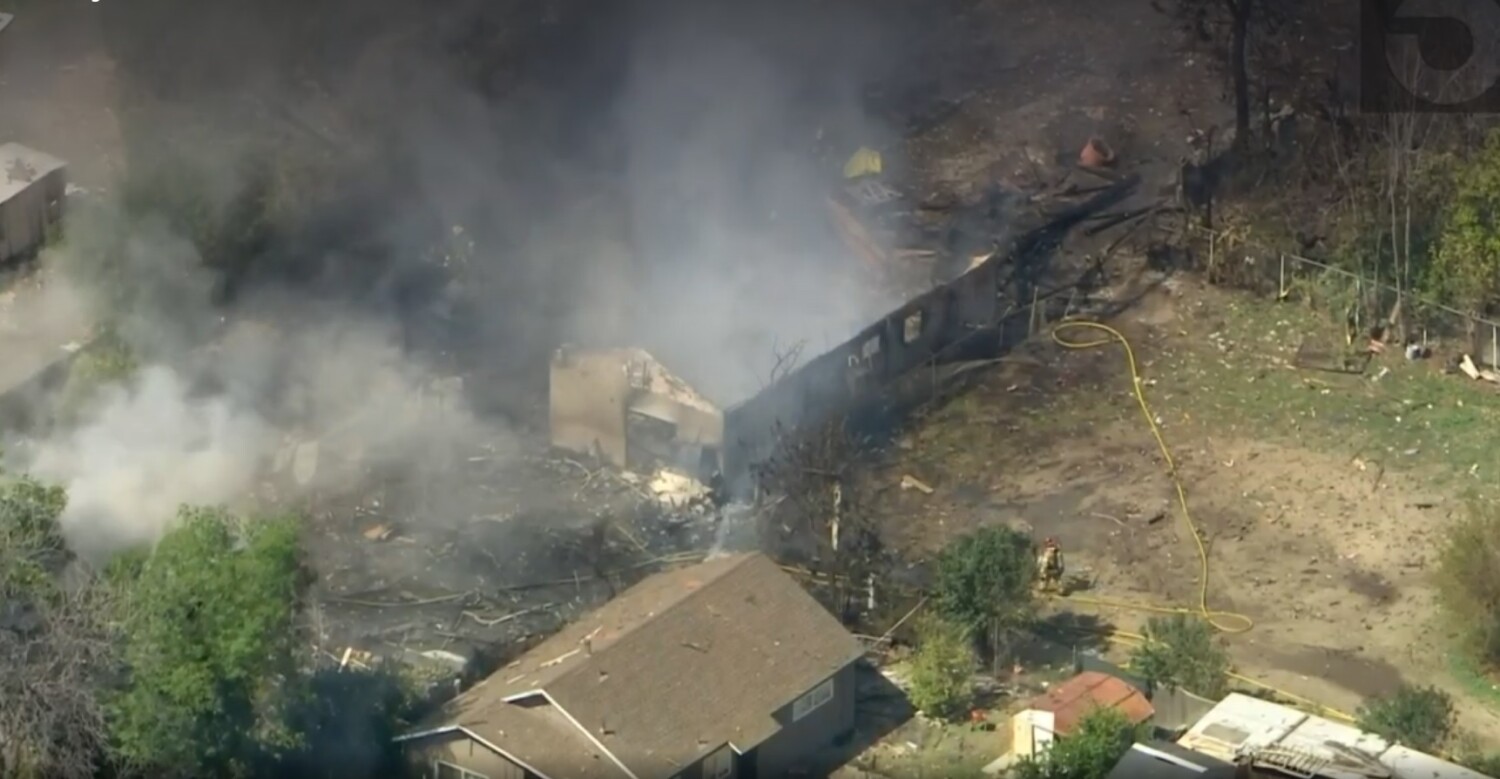 Two people died after a massive explosion set off by fireworks at an Ontario house rocked a residential neighborhood Tuesday, prompting a large response from firefighters and law enforcement.

Ontario Fire Chief Ray Gayk said in a news conference that commercial-grade fireworks set off the fire at a roughly 1-acre residential lot. The Ontario Fire Bomb Squad is clearing the area, and several agencies, including the FBI, are investigating the incident.

“They are commercial grade,” Gayk said, “like you would normally see in the fireworks show.”

Gayk said a horse was also injured in the explosion. Video from ABC-TV Channel 7 showed a horse, smudged with black soot, trotting around the property after firefighters freed it from one building’s wreckage.

Residents spread across a vast area reported hearing the blast shortly before 1 p.m. near Fern Avenue and Francis Street and feeling the ground shake.

The Ontario Fire Department issued an evacuation order for neighboring properties on West Francis Street and West Maple Avenue, between Fern and San Antonio. A temporary reception center was set up at the De Anza Community Center, at 1405 S. Fern Ave.

.@OntarioPD and @OntarioFireDept are currently on scene in the area of Fern Avenue and Francis Street. A large amount of fireworks at a house ignited, causing a large structure fire. Explosions being heard are by fireworks at this time. More details to follow. https://t.co/y6atiGL1OD

The city tweeted that a large cache of fireworks ignited at a house, setting the residence on fire. Smoke could be seen from as far away as Anaheim.

Two structures on the same lot — a front and back house — were engulfed in flames following the explosion, Ontario spokesman Dan Bell said.

“The roof is gone, burned out,” Bell said of the rear property. “The one on the front — I was on the street; I could see flames coming through the roof. It will most likely be a total loss.”

More than 50 firefighters were hosing water onto the smoldering fire about 2:30 p.m., more than 90 minutes after the explosion, Bell said. Investigators haven’t gone inside any of the structures yet because of the fireworks, he said.

“We’re hoping we can get on scene and start this investigation process and get those neighbors home as quickly as possible.”

Jennifer Nalbandian, 43, was sitting on the couch in her living room when the explosion, which she said felt like an earthquake, shook her house.

“My daughter says to me, ‘No, mom, I think it came from the sky,’ ” Nalbandian said. She began picking up things around her apartment that had fallen. Then she opened her front door.

“The boom pushed me back, and the window shattered,” she said. “I got hit with the after-blast when I opened the door.”

The structures that were destroyed in the blast were visible from her balcony, Nalbandian said.

“Fireworks always go off over here. It shook the whole apartment from left to right,” she said.

A woman who works at nearby Ontario Maple Head Start/State Preschool who wished to be identified only as Nicole said the explosion blew out windows in the school building.

“We thought at first it was an earthquake, until we went outside and then [saw] some smoke,” she said. “And then we heard a second really loud boom … with stuff flying everywhere.”

About 15 to 20 people were inside the school at the time of the explosion, she said, but no one was injured. No students were on site at the time.

Ontario officials said explosions from the fireworks continued to be heard after the initial blast. A video on social media showed a fiery explosion followed by a large plume of smoke.

AUGUSTA, Ga. — Xander Schauffele could have ruined perhaps the greatest golf story ever told. He was among the...

Monica L. Bercier Wickre, known as “Mona” to many, was always singing. And dancing. If there was a stage,...

A photo of La Soufrière erupting Friday in St. Vincent. The blast could be sending ash as far as...

Their boy lived 8 days. They’ll spend the rest of their lives wondering what went wrong

Lindsey Johnson’s dreams began after her son’s life ended.She is in an ambulance, rushing from her obstetrician’s office to...